The Open Road
by Brian Wethington

“We need to get some food,” Julie said as she tried to roll down the passenger window in a desperate attempt to get some fresh air. She had already changed twice and now her last shirt, drenched with sweat, clung to her body. She yelled over the sound of the wind whistling through the scant gap near her head, “Little Sam needs to eat and I can’t give him any more of my blood.”

As if to make her point, Little Sam let out a low growl from the back seat followed by a stuttering cry that they both knew would continue to escalate until he fed.

“I know, you said that 20 minutes ago,” muttered Stan.

For the last hour they had careened down the 505 at just under 110 miles per hour. The armor plating on the 74 Vega weighed so much it would take a good two miles to come to a complete stop. Stan conceded that Little Sam had to feed. He sighed, then tapped the brakes twice to disengage the cruise control. The high-pitched whine of the tires over the asphalt dropped an octave as the rig began to slow down.

Stan reached over Julie’s lap and jammed the bar-lock on her down into the frame to make sure she wasn’t tossed from the car if he lost control. “Sit tight and don’t worry. How are the cuffs? Are they too tight?”

Julie sucked in her bottom lip and bit down hard enough to draw blood. Of course they hurt, you fucking psycho, she thought.

Sweat began to bead up on Stan’s forehead as his right leg jack-hammered the brake pedal, but the car wasn’t slowing. Not fast enough, anyway. He stopped pumping the brake and set his feet against the floor of the driver’s cab.

“Hold this for a sec,” Stan said, his voice tight as he pointed to the steering wheel.

Julie grabbed hold of the wheel with her left hand, the cuffs digging into her wrists. Stan gripped the emergency brake with both hands and yanked hard enough he had to stand up slightly, his head pressed against the roof of the cab. The behemoth began to slow more quickly. Stan settled back into his seat and turned the wheel, aiming the nose of the armored car at an off-ramp that lead to a huge parking lot littered with burned-out buildings and piles of cars stacked into walls, creating a defensive fortress around a barter depot.

After a few long minutes they rolled to a stop and Stan let out a long breath as he pulled off his driving goggles. He turned, fixing his cold grey eyes on the side of Julie’s head as he brushed the back of his grease-stained hand over her deeply bruised cheek, leaving a black smudge at the corner of her mouth.

She turned her head before Stan could see the hot tears welling up in her eyes. “I’ll do better, I promise.”

Stan pulled the bar-lock out of his door and swung his driver’s door wide, preparing to get out.  Before he stood, Stan leaned back and grabbed Little Sam’s cage out of the back seat and, despite the howling protests, he pulled it over the seat and set it in his lap.

“You might think you’re smarter than me, but you’re not. Stay in the car,” Stan whispered as he set the cage on the ground outside the door.  He grabbed Julie’s chin and twisted her head around so that she was looking directly into his eyes. “I’ll take your bastard vamp brat in and feed him. But, if you try anything I’ll give him to the lycan as a snack.” 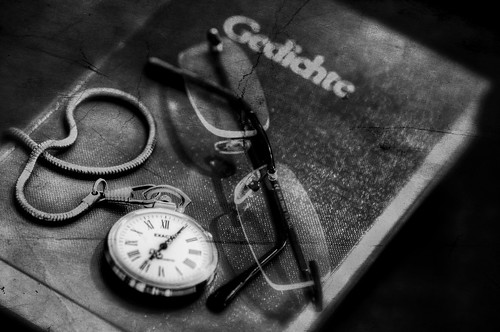